Pitchforks started out as a tool designed to pitch hay and typically consisted of two or three metal tines connected to a long wooden shaft. Farmers would use these forks to pitch hay into wagons or other carriages. The famous painting American Gothic showcases the classic design of the pitchfork. But over time, different types and formats of forks were designed to accomplish various other tasks on the farm and in the garden.

Additional tines were added, and different point designs were implemented. The shaft length elongated, or shortened, depending on the task at hand. Now, there are several different pitchfork designs on the market, and it can be a bit confusing to find the right fork for your needs.

Forks that had more than 3 tines were not technically called pitchforks, but rather just forks, manure forks, etc. These were seen as distinct from the pitchfork, which was really only designed for pitching hay. Over time, virtually all garden forks became pitchforks, as the “pitch” portion of the name became separated from the action of pitching hay.

In this article, we’ll look at the various different types of pitchforks commonly found, and point you to a few of our favorite forks. Of course, there is a great deal of overlap in these categories, but we’ve broken down the most common types of forks, and classified them. 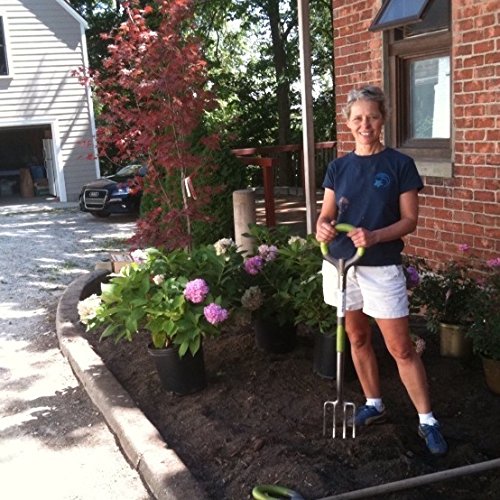 The garden fork is a pitchfork designed primarily around loosening soil. If you have compact clay soil, or otherwise hardpan soil that water does not easily access, piercing it with a garden fork will loosen the soil and allow water to enter underground. The water will nourish grass and plants and will improve the overall quality of the soil.

Typically a garden fork will have four fairly thick tines and sharp points. For more information on garden forks, see our article on the Best Heavy Duty Garden Forks. 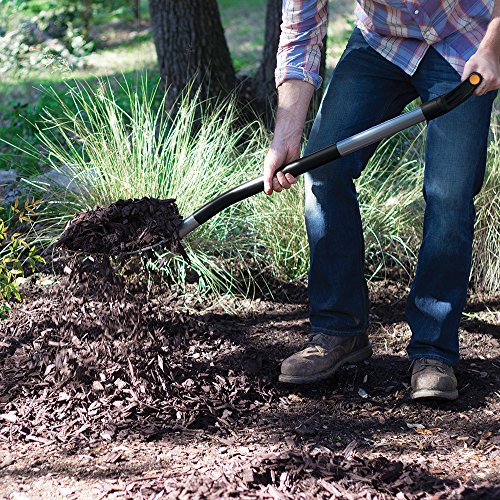 A spading fork, also known as a digging fork, is typically constructed of four heavy duty tines and a steel shaft. Their tines are often, but not always, triangular shaped, and typically aren’t as pointy as a heavy duty garden fork’s tines. Spading forks are made for loosening soil, and for moving earth, mulch, hay, and other materials.

These forks are quite similar to Heavy Duty Garden Forks, and to some degree are interchangeable.

Border forks, also known as Lady Forks, are smaller-scale versions of heavy-duty garden forks with shorter shafts. These are designed for use in tighter spaces and for those with shorter statures. If you’re working in an interior area where there’s not much room to swing a long-shafted fork around, or in raised beds where you’re in somewhat tight quarters, a border fork is a good choice. Or if you don’t really need the long shaft of a spading or garden fork because your arms aren’t long enough to really wield it, a border fork is a great choice!

The compact design can be quite efficient in terms of storage and use, so many use a border fork as their primary heavy duty garden fork.

Most Potato Forks are pretty similar to digging forks: they are designed to dig potatoes and root vegetables out of the ground, and therefore overlap quite significantly with other digging forks. However, there are other potato fork designs that are crafted out of the idea that blunt tines will do less damage to the potatoes as they’re being dug out.

There are also curve-fork potato fork designs that are reminiscent of hoes. 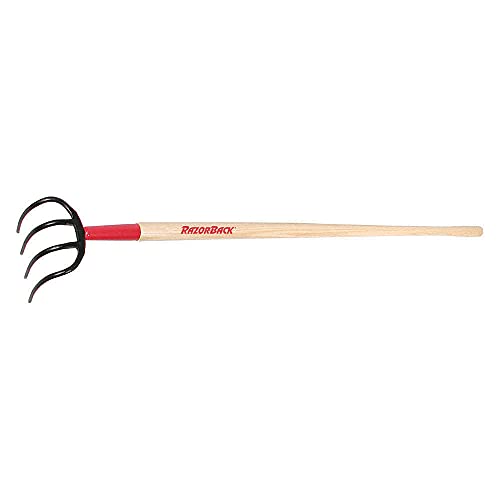 Compost forks tend to have four to five long, thin tines that serve to pick up and stir compost placed inside a compost heap or compost bin such as the Geobin. That said, many compost forks are on the light-weight side, and often gardeners simply use a heavy duty garden fork to work their compost.

The thinner tines of a manure fork or compost fork mean that the compost doesn’t get caught up on the tines as frequently as it would with a garden fork. This means less time cleaning off the fork, and more time spent actually moving your compost around!

If you are a hobby composter, it’s probably fine to stick with your garden fork for compost turning. But if you churn through a sizable amount of compost each season, and spend a good deal of time turning it, it’s almost certianly wise to pick up a compost fork.

A manure fork usually has five or more tines, and often the tines are spread out in a bit of a fan pattern. Like the compost fork, these tines are usually pretty thin, and are curved to enable users to scoop manure.

Compost forks and manure forks have a good deal of overlap in terms of shape and size.

EnSilage forks are a different beast than most of the other forks on our list. They tend to have a large number of thin tines, sometimes 10 or more on a fork. They are designed for moving grass and animal feed (silage) inside a silo.

They are somewhat of a specialty fork, and are used specifically for silage and occasionally manure. 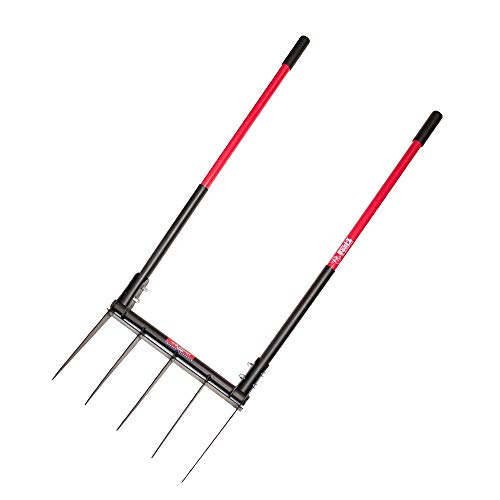 A broad fork is unique among the forks listed here in that it has two handles and very widely-spaced tines. It has a completely different look than all of the other forks on our list, and a different function.

The goal here is to aerate the soil in place, in a similar fashion to the heavy duty garden fork. To use, hold the two handles up, and stomp down on the shaft to plunge the tines into the soil. Fortunately, gravity does most of the work.

By tilting and pulling the tines out of the ground, you loosen the soil, aerating it and allowing water to get to where it needs to go.

Of course, this can be accomplished with a typical heavy duty garden fork, but will take significantly more time and effort to complete.

This list showcases most of the major categories of garden forks. As mentioned above, there is a great deal of overlap across the forks. With a few exceptions, you can use any fork to accomplish any task, it’s just that certain forks are more effective at accomplishing certain tasks.

If you’re looking for a single fork that will do it all, and one you don’t figure you’ll be using more than a few times per month, your best bet is to stick with a good quality spading or heavy-duty garden fork. These are likely the most universal design.

If you want to zoom in on more specific tasks, gathering a multitude of forks will make your gardening life a bit easier.